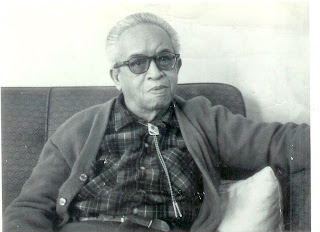 My father, Ernest Ha'akua Chung-Hoon was born on April 21, 1900 in Honolulu, HI. He died on May 31, 1981 in Honolulu, HI. He was born to William and Alo Chung-Hoon. He attended the University of Southern California (USC) and graduated from the Bible Institute of Los Angeles (now known as BIOLA). Upon his return to Honolulu, he was ordained in the Congregational Church. He was given a small church to pastor, however he was not happy with the assignment and walked away from the Lord.

It is quite unique that there were 6 children in each family, 2 sons and 4 daughters with the sons being the oldest and youngest and the girls in the middle.

My daddy was my hero. I wanted to be with him every moment of every day whenever possible. My dad played musical instruments - the u'kulele, guitar and steel guitar. He also sang. When I was a little girl I loved to sit on the floor in front of him as he played and sang. Daddy re-dedicated his life to the Lord in 1948-49. We started attending the Church of the Nazarene which had recently begun to organize Nazarene churches in the islands. It wasn't too long after that daddy was given a local preachers license with the Nazarene church and he began to do evangelistic preaching and supplied pulpits. Daddy always would sing and play his u'kulele when he was going to preach. He would let me sing with him sometimes. When I was 9 years old, he was holding a service on the Big Island of Hawaii where we had gone to help start a Nazarene church. He let me sing before he preached - it was the first time I sang by myself. He participated in Youth for Christ services in Honolulu and I would sing with him there during a service.

He was also a great cook. Two things that I remember he fixed was rabbit on the grill and turtle meat when we lived on the Big Island. These were some of the unusual meals he prepared. :) Mom would always say he had a heavy hand with the salt and other seasonings.

During my first marriage, I wanted to know how to fix certain dishes so I wrote home to my dad to see how to fix them - sweet and sour spareribs, chicken hecka and chicken long rice. He hand wrote all these recipes for me besides beef tomato and several recipes to make teriyaki sauce and other marinades. I treasured those hand written recipes, unfortunately somehow they all were lost. I have no idea what happened to them. I was heartbroken when I discovered that.

I only have one memory of him spanking me, really it was hitting me. He always took my side when my mother would discipline me. However the one and only time I remember his disciplining me --we were living on the Big Island in Hilo. The house we lived in was huge with a veranda that ran across the back of the house. Our backyard had a lot of trees and at the other end of the trees lived some cousins. I think they were related to daddy's first wife. All of us kids were playing marbles in the dirt and I was arguing with my cousin Marian (we called her Butchie). Butchie and I were about the same age. Daddy yelled at me several times to stop arguing and I didn't listen. So he came outside, picked up a broom and whacked me across the back of my legs, breaking the broom handle. I was really stunned that he would do that and didn't really cry at first. Today something like that would be called child abuse.

I didn't like to eat breakfast in the morning before going to school. I hated milk and wouldn't drink it. It was powdered milk, we seldom had fresh milk. Daddy would fix me something special so I would eat breakfast. One of the things I remember he fixed for me was scrambled eggs with chopped green onions in it. He and mom would fuss at each other because he was spoiling me.

He also got quite upset at me because I was going to marry my first husband. Daddy didn't like him, he was a haole, in the service and from the south. All major strikes against him. Daddy told me he wasn't going to give me away. And then the night I was getting married, we were going out the door to the church and daddy came out of his bedroom all dressed up and wanted to know what he was suppose to do. He had decided he would give me away. During the years I was married to John, the two of them became good friends.

The last time I saw my dad alive was when I picked him from my sister Vi's house in Vista, CA to take him to the San Diego airport to catch a plane back to Honolulu. Daddy had a stroke in 1967. When he was able to travel he went to El Paso, TX to live with Marie, his oldest daughter. After a couple of years there, he flew out to California and stayed with Vi. He wanted to come live with me however John said no. I had just had Denise. She was 6 weeks ago, that was the only time he ever saw her and the last time I saw him alive. This was December of 1969.

After his return to Honolulu, he stayed in several rooming houses and met and married his third wife, Grace. My mother divorced him soon after his return to Honolulu. His health declined rapidly and he was placed in Hale Nani Nursing Facility. I would call periodically to see how he was. Sometimes I would get to talk to him and then towards the end of his life, the nurses would tell me he was more or less a vegetable and wasn't aware of what was going on around him. I believe my older sister, Puanani would visit him.

It was a Sunday when my mother called to tell me that Daddy had passed away. I was absolutely heart broken and had to give the phone to Gerry. We had been married six months, the next day would be 7 months. Denise, Gerry and I traveled home for Daddy's graveside services. My younger sister, Ernestine and her family lived in Sacramento at the time and they also flew home. One of the things Dad and I always talked about was that when he died I would sing at his service and the song would be "Beyond the Sunset". I reminded my mother of that and at his service, I did in fact sing that song. There was a friend of Mom's at the service and she played her u'kulele and sang with me. It was a promise fulfilled.

My daddy has been gone for 29 years, yet it seems like yesterday. I miss him terribly. In spite of all his short comings and there were many, my daddy was my hero!! I loved him so very much!

Posted by Betty Townsend at 5:42 PM