Gerry's birthday was Sunday, the 25th. He celebrated by doing a moonlight century bike ride last Saturday evening. The ride started in Davis at 7pm and he was home by 2:30 am Sunday morning. He managed to ride 80 miles of the 100, the last few miles of the 80 he got a sag ride back to the start of the ride. He missed the first rest stop and ended up riding 57 miles before he stopped. He was hurting from being in the saddle that long and I guess his whole body was hurting.


My birthday was Wednesday the 28th. We had breakfast in Folsom and drove down Highway 49 to Columbia State Park which is off Highway 49. The last time we were there was in the early '80's.


At one time Columbia was the 2nd largest city in California. The town was created in the 1850 when gold was discovered in the area. In 1854 and 1857, the town was burnt down and then rebuilt. In 1945 the California Legislature designated it a state park in order to preserve a typical gold rush town.


Deserted mines surround the area as do numerous caverns. The cavern that the family visited a couple of weeks or so ago, is in the general area.


A few of the buildings remaining in the town: 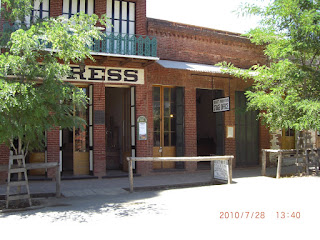 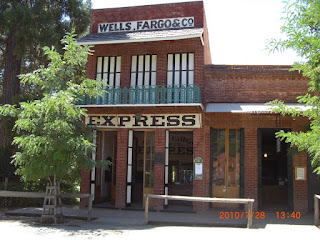 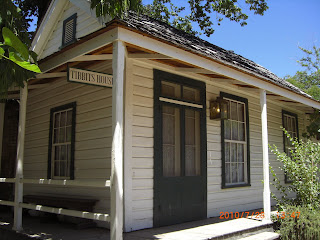 I thought this bench cut from a log was rather interesting. 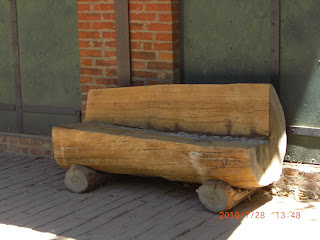 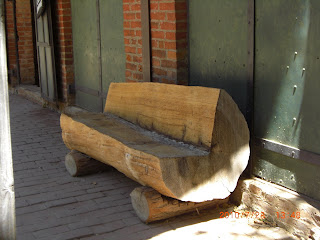 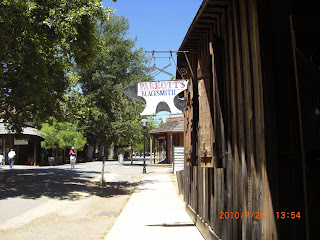 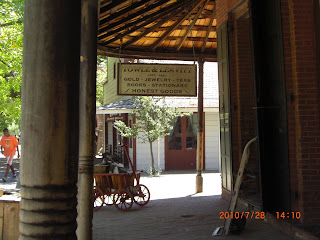 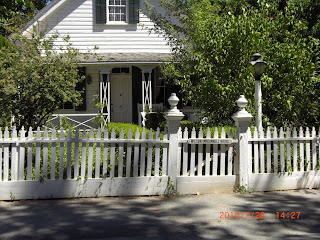 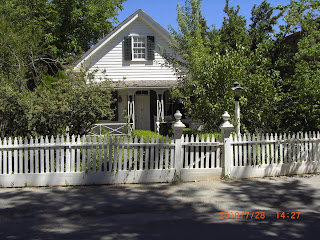 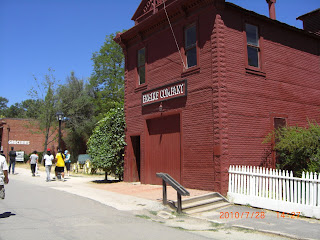 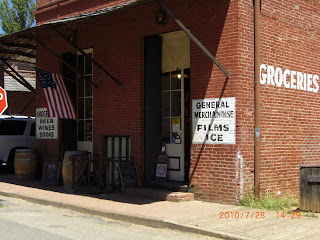 The stage coach ride seemed to be the most popular thing to do. 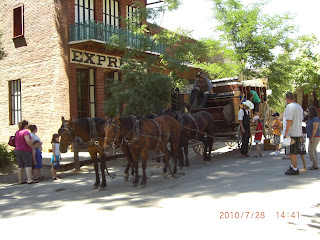 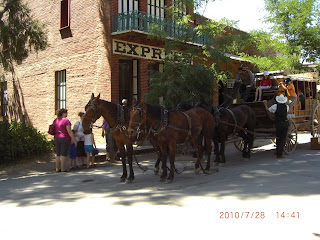 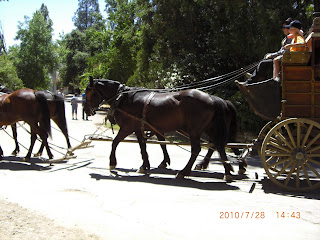 Gerry standing beside a freight wagon. 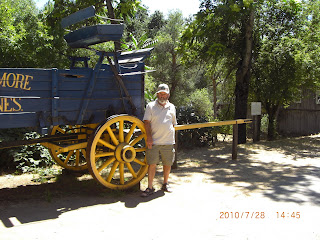 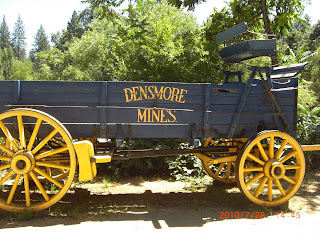 There was an area where people could "pan" for gold and that was a busy spot too. We noticed a lot of foreign visitors judging from the different languages being spoken.
After we left there, we continued on Highway 49 passing through Jamestown, past the turn-off for Yosemite, into Escalon and Manteca. We stopped there for something to drink and a potty break. As we got into Elk Grove, we decided to get off the freeway and have some dinner. We went to a place called "Hawaiian Style Grill" - local fast food. I wanted to go to Michael's and by the time we got on the freeway, traffic had died down quite a bit. Denise called just as we were leaving the restaurant. She had called a couple of times and I hadn't heard my cell phone ring. Hearing her voice made my day.
I had gotten Gerry a Razzleberry pie from Marie Callendar's Sunday night so we came home and finished it up.
It was a nice relaxing day just being together. And Thursday morning I woke up not feeling any older than I did Tuesday night when I went to sleep.
Posted by Betty Townsend at 2:06 PM