When I logged on to Facebook this morning, I found that my Denise had left a beautiful message to me on my wall. I know I brag on her a lot, however, she really is a wonderful daughter. She has such a sweet spirit! I miss her so very much and wish we didn't live so far away from each other. I'd love to see her more than I do now.


I also received messages from 3 of my 4 step-daughters. All 4 of them have become a very special part of my life. We had some rough goings in the beginning of my marriage to their father. The passing years have changed all of that and we have become very close. They are all wonderful women and have accomplished great things in their lives. Elizabeth, the oldest of the girls and the oldest of Gerry's children wrote, in part: "God knew I needed you in my life". That brought tears to my eyes.


Gerry got me a corsage of a white carnation to wear to church this morning. I took the box out of the refrigerator this morning and put it on the breakfast bar. I wanted to make sure I would remember to ask him to pin it on. When I walked back out to the kitchen, the corsage container was sitting on top of another box. It was the same size as a box of See's Candy. He came into the kitchen and I said to him "a box of candy too". He got a funny smile on his face and said something about not knowing anything about candy. After he made that comment I thought I needed to find out what was in the box. If it was candy, I wasn't going to bother until we got home. I picked up the box and it was heavy so then I had to open it. If I had really looked at the paper the box was wrapped in, I would have known right away what was in the box. Or at least where the box had probably come from.


Well, here's what I found when I unwrapped the box. It is a nook, Barnes & Nobles ebook reader. I had mentioned a week or so ago that I would like to have a Kindle by Amazon. My granddaughter has one. Then in the Sunday paper ads there was a flyer for the ereader by Sony. Well, I guess he went online and looked at them. Yesterday he went out for a ride and on the way home, he went by Barnes & Noble in Citrus Heights and got this. I haven't set it up yet, however, am anxious to do so. 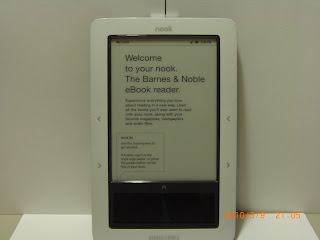 Earlier this evening I was looking at Denise's photo albums on her Facebook. :) I saw she had this picture in an album so I copied it. This was taken of she and Nathan when they were still in Germany. He was such a handsome baby and now is a handsome young man. I've always loved this picture. 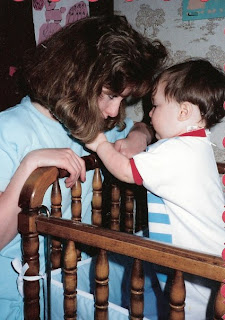 This picture was taken today so it is the latest picture of Denise, Nathanael and Rebekah-Elizabeth. This is the scrapbook page she created with these pictures. I think I've mentioned she is a Creative Memories consultant and does her scrapbooking with digital software that Creative Memories sells. Her pages are awesome!! What a good looking family!! 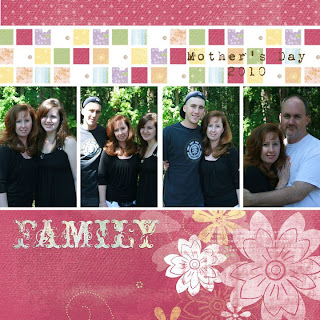 Nathan has been on leave at home for the last couple of weeks. This is the "wheels" he bought while he has been at home. I believe he reports for duty at Ft. Bragg, NC tomorrow (Monday 5/10). He'll be in the 82 Airborne. Nathan was about 18 months old or so when Stephen got stationed at Ft. Bragg after his return from Germany. Nathan was raised on post and in Fayetteville so it will be going home. :) 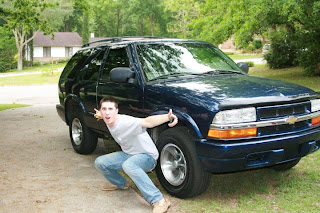 This picture was taken after Nathan's graduation from Airborne school. 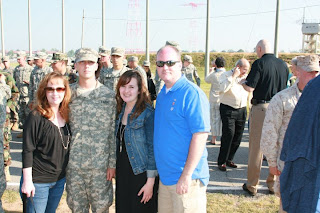 Hope your day has been a grand one. Happy Mother's Day!!
Posted by Betty Townsend at 9:20 PM