On Friday, 5/22, Keith took us to the Ft. Worth Stockyards to watch a cattle drive that is done each day at 11:30 am and 4 pm. This Cadillac with the giant horns on the front is from Billy Bob's Saloon. I believe there is a show on CMT that originates from Billy Bob's. 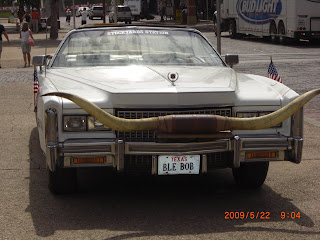 Gerry standing next to the Cad. 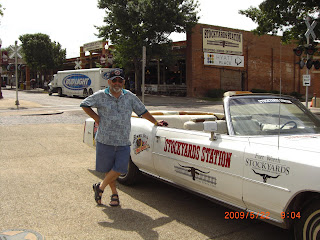 This sign points back to the pens where the Texas Longhorn cattle used in the daily cattle drive are kept. 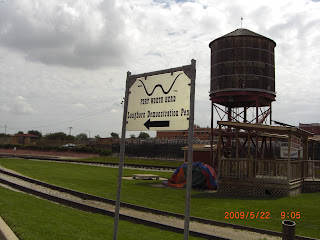 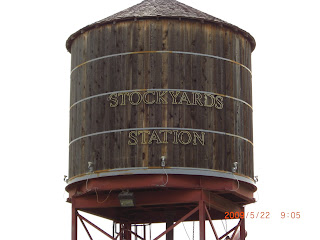 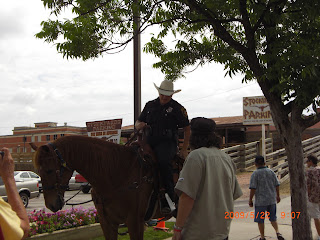 The shoot where the cattle come down to the street. 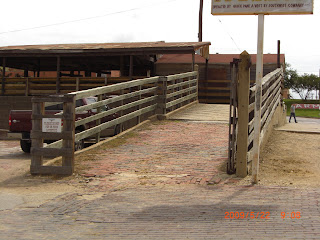 Inside the building that houses the pens that were used for the cattle when they were brought to market. There are numerous stores housed in this building. This is looking back towards the street. Rail tracks run down the middle and the sidewalks on both sides are made of bricks. 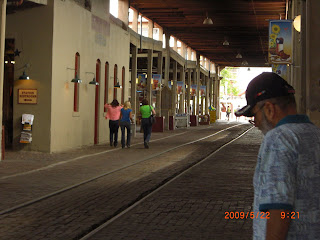 Before the drive begins, some of the cowboys come out on the street for photo ops. 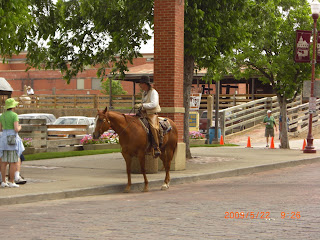 I didn't get this picture soon enough. This UPS driver was making deliveries and his cart was stacked with packages. As he came across the tracks there, several of his packages fell off the top of his cart. The lady standing there with the dark glasses helped him pick up his packages and get the cart across the tracks. 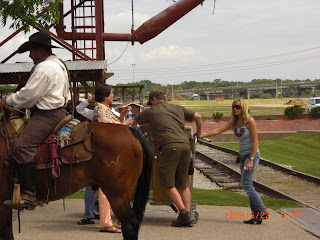 Looking down the street in the opposite direction. You can see people lined up along the street to watch. There were several school groups there. There are also several restaurants on this street. 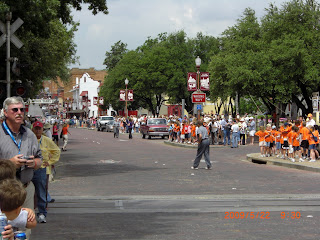 Off in the distance the cattle are ready to come down the shoot and onto the street. When they are brought up to this area, there is a cowboy on a horse at the back of them and one up front. The one up front has his horse turned so they are sideways across the front of the cattle that are laying down. When the cowboy turns his horse to face forward, the cattle stand up and start to follow the cowboy. 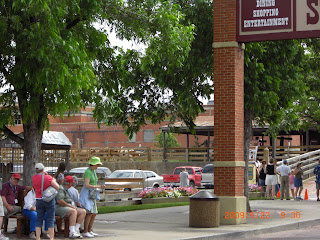 The cattle have come down the shoot and proceed down the street. 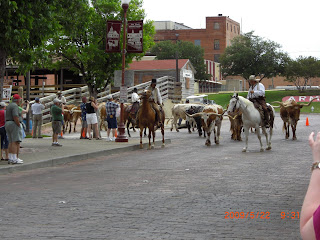 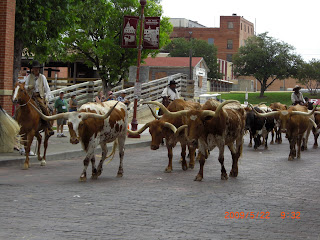 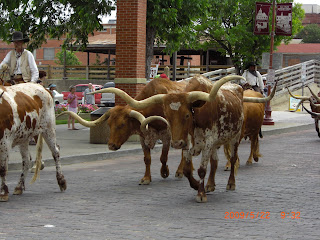 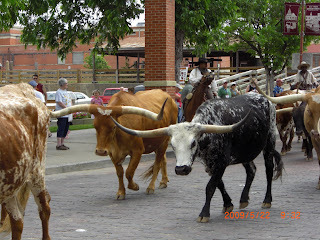 Up close and personal. This one was so close I could have reached out and touched it. 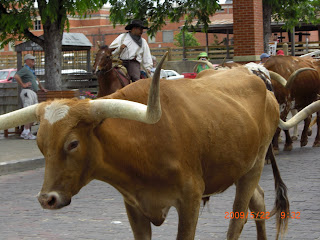 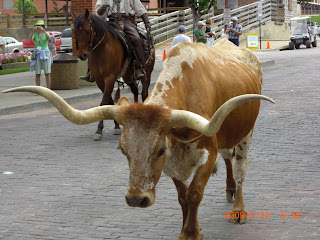 One of the several cowboys herding the cattle. 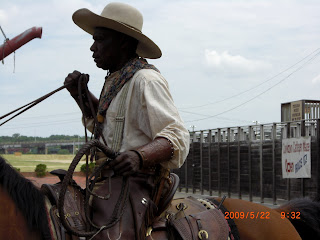 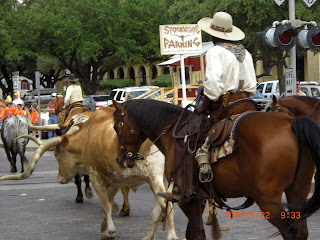 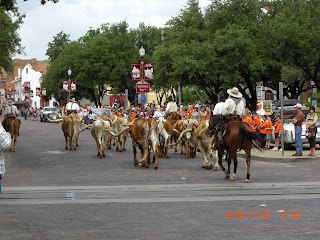 The Ft. Worth Live Stock Exchange. This is a very beautiful building. 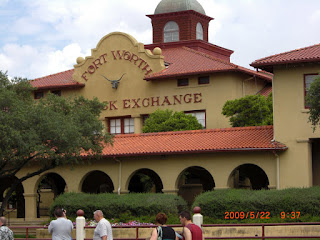 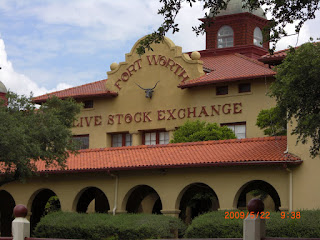 Posted by Betty Townsend at 1:22 PM