On Tuesday we went to Sushi Masa's for lunch. Tomiko (the cook) returned from her trip to Hawaii, she said she had a great time just not long enough. Ron & Chiyoko were there too. Gerry had some errands to do looking for stuff for one of his bikes. We ended up going down to REI in Sacramento. Right across the parking lot from REI is one of our Costcos so we went over there to get a few things. He drinks soy milk and gets it by the case at Costco. Walking out he asked me if I wanted a berry sundae or something else. I love those sundaes but can't really eat the whole thing. Well, he ended up getting one for each of us. I managed to eat about a half of mine, he finished his and ate some of mine. I shouldn't eat diary, makes me sick, I was fine though so that was good.

I fixed a pork roast for dinner. Here it is all nice and golden brown. 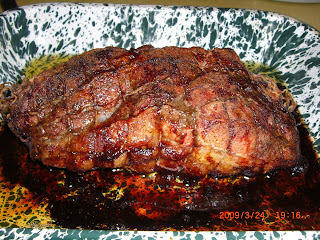 I season it with salt, pepper and garlic powder. I put it in a preheated 400 deg. oven for 30 minutes and then reduce the temperature to 350 and leave it alone until it reaches 165 to 170 internal temperature. 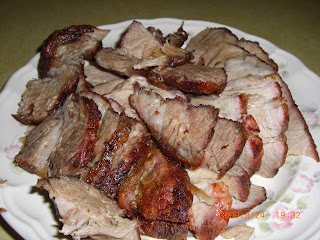 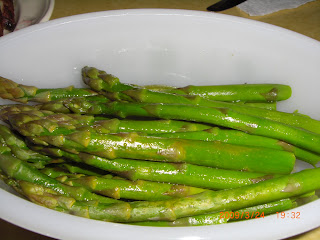 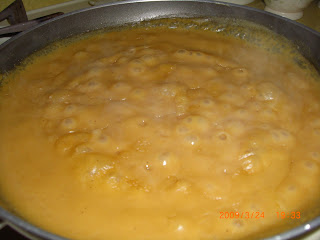 Here's the gravy happily simmering away. I pour the grease out of the roasting pan into a skillet, get it hot then put some flour in the grease, incorporate it and cook the flour until it gets a light brown color. Then I add water until I get the mixture the consistency I want it to be, season it and its done.
For some reason this roast did not taste as good as they usually are. I always get a boneless pork butt. It was still good.

Posted by Betty Townsend at 8:12 PM