Hannah Marie Strempke had her Sweet Sixteen Birthday Pizza Party this afternoon at a Round Table close to where they live.

Her mother, Elizabeth, made her birthday cake. Elizabeth is the official family birthday cake maker. This is actually a cake within a cake. 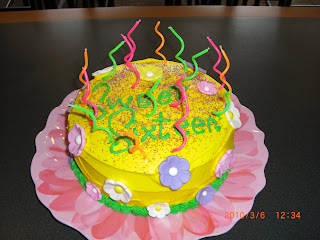 Hannah likes things to look pretty. The party was in an enclosed room. There are glass doors on two sides of the room that can be opened for additional seating if the restaurant gets too crowded. So we had people looking in on us. :) 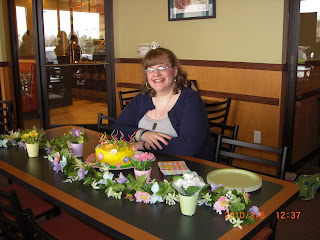 Granddad and Katie. She is telling me she is 5 years old. Her birthday was the end of January. Her mom is Joyce, a twin to Jenni who lives here in the Sacramento area. Katie lives in Southern California. She flew up to Sacramento with Aunt Wendi, another of Gerry's girls. 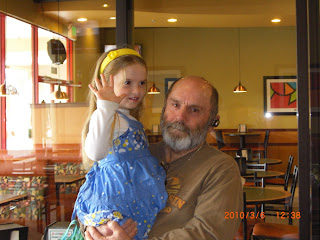 Left to Right: Alexandra (a friend), Emily (sister), Hannah, Katie (cousin), Ashley (sister) and Andy (cousin and the only boy there). 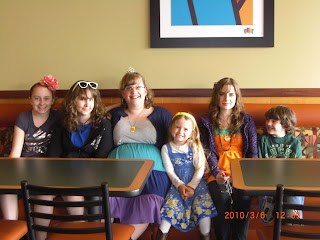 Hannah and Katie (cousins). Katie and her sister, Emma (2) are our two youngest grandchildren/granddaughters. 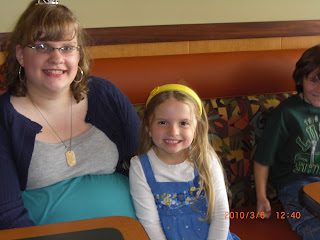 Alexandra and Emily. Alexandra has really long hair. Emily has the cutest smile. 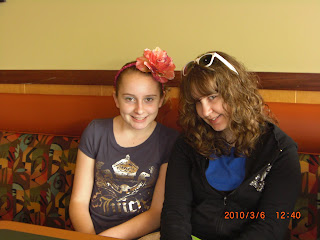 Andy being Andy. Gerry picks he and his sister, Melody up from school on Thursdays and they come over to our house to wait for their mother, Jenni, to pick them up. She works about a mile from our mobile. Melody was at her dance class and got there just before the party was over, in time to eat cake. 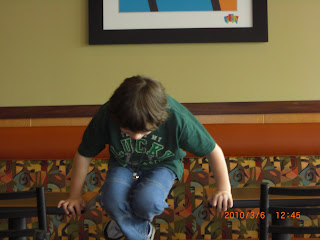 This is Jayne Willow Lahr. Her mother, Pam, is a cousin to Gerry's kids. Jayne is 10 months old. 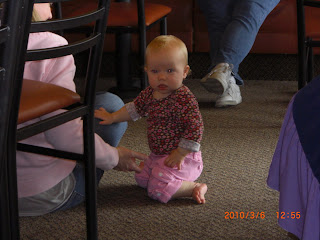 We had garlic bread sticks that came with a marinara sauce and a garlic sauce. They were yummy!! 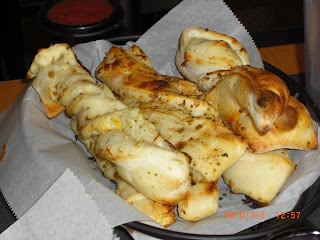 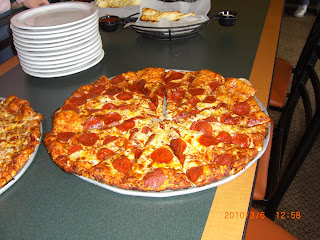 Cheese pizza. We also had cheese raviolis and I forgot to take a picture of it. They were good too! 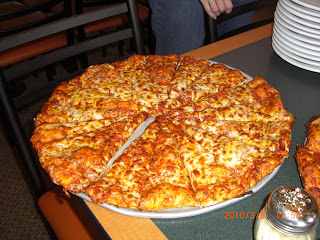 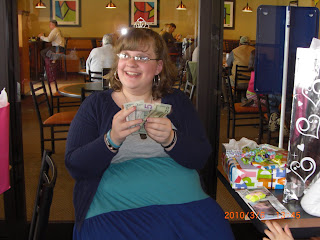 More money. This was a gift from the girls charter school advisor. These are new $1 bills with the last number of the serial numbers starting at 1 and ending with 16. 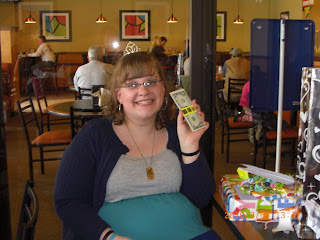 Elizabeth told Gerry and I that this is the Jonas Brothers first CD that they released. It is rare to be able to find one of these because Columbia House won't re-release more copies. The price paid for this CD was $67. Elizabeth didn't say who bought it, I suspect one of the aunties. The girls are crazy about the Jonas Brothers. 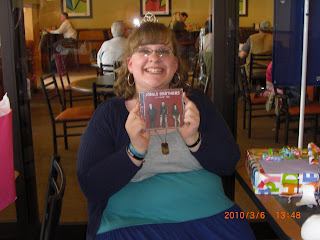 She is reading the birthday card from her sisters. It was pretty funny. 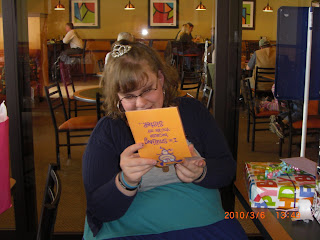 Holding her birthday card I made for her that had a check in it. 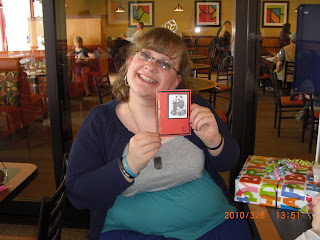 This was a cool gift, a fleece throw from the New Moon movie. 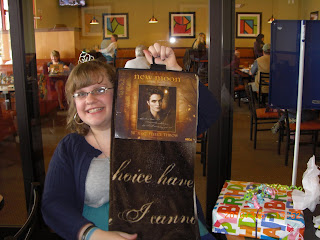 A really nice make up case. 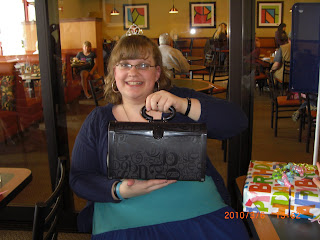 Some make up from Aunt Wendi. 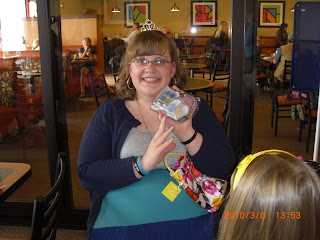 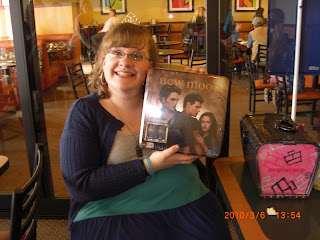 The birthday cake with the candles lit. These candles were really cool! 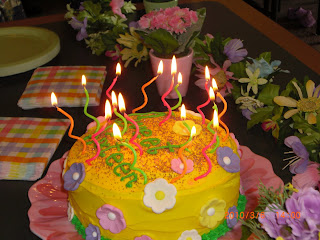 A cake within a cake. Joyce gave Elizabeth this cake pan. There is frosting between the vanilla layer and chocolate layer. The birthday cakes are always chocolate. 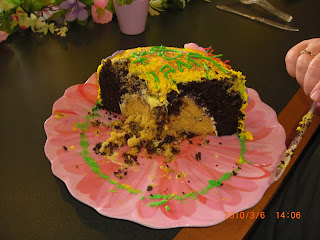 And lastly, Andy enjoying his piece of cake. He said he had 2 pieces of cake. The kids all got treat boxes with some chocolate kisses. He said he ate all those too. He is a character. 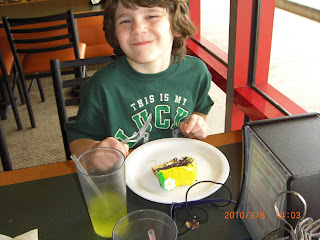 I didn't include all the pictures. Elizabeth forgot her camera so I was the official photographer. I emailed all the pictures to her and had to do it in 3 emails.
After we left the party, we stopped at the mall. I'm looking for some black dressy flats. So far, I can't find any. I looked at Penney's and Macy's at the mall today. Yesterday I drove out to the Folsom Outlets and went to the Naturalizer store. They didn't have anything I liked.
After we left the mall, we drove to Loomis to the high school there. The United Methodist Church was having their annual Japanese food festival. I will post about that tomorrow. It is after 11 pm again and need to get to bed.